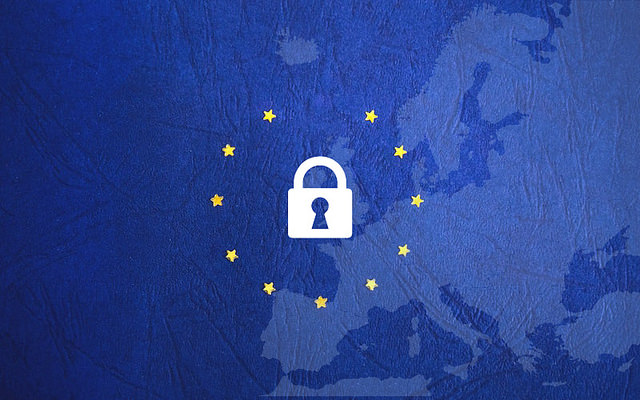 Boyd Rice Solicitors were instructed to act on behalf of Mr X in respect of a breach of data protection.

A Government Agency had previously sent Mr X correspondence regarding a Summons of Execution to what they had in their records as his home address. This address was where he had previously resided with his father. His father was able to read aspects of the letter due to the poor quality stationery within which it was sent. On discovering the proceedings taken against Mr X, there was a breakdown in their relationship as Mr X’s family had previously been unaware of the personal matters to which it referred. Given the personal nature of the contents, it is understandable that Mr X wished for the issues to be kept private. Mr X immediately reported to the agency that he had previously advised of his change of address and that he had believed their records had been updated to reflect this. He received a letter apologising for the error and an assurance that his address had been updated in the system to avoid any future errors, with the matter being investigated as a matter of urgency.

With Mr X already not satisfied with the Government Agency’s response, they mistakenly sent further correspondence to his father’s address regarding similar personal matters. Again, not opening the letter, his father was able to partially see the contents of the letter leading to a further breach of Mr X’s privacy. Due to our client’s father suffering from health issues including a heart condition, his wider family soon became aware of the personal proceedings as it was feared that proceedings related to his father’s property. This led to further distress for both Mr X’s father and Mr X, continuing to affect Mr X’s relationship with his family.

On receiving instruction from our client, Ben Wall directed a letter of claim alleging a breach of the rules governing data protection. Using wide-ranging and recent Legislation, Ben referred to both the European Convention on Human Rights (ECHR) and the General Data Protection Regulations (GDPR). Specifically citing the access to, processing and publication of confidential information concerning our client, Ben also highlighted the distress, anxiety and reputational damage Mr X had suffered. Given the stress this had caused Mr X and his father’s worsening health condition, Ben’s priority was to resolve the matter as soon as possible to ensure Mr X was not put through further undue stress and his family relationships were not further affected.

Following the successful conclusion of their claim our client commented as follows;
“Ben called me shortly after my web enquiry and discussed the process in great detail to me. Everything was taken care off for me which helped greatly in very stressful circumstances.
Always make sure your data is handled correctly and if not contact Ben!”

If you have had a similiar issue and would like to arrange a free consultation please contact us by phone on 02891 817715 or by email claims@boydricesolicitors.com

A Government initiative launched in 2015, the Help to Buy ISA is the perfect way to help people get onto the first rung of the property ladder.

Available from a range of Banks and Building Societies, the account is available for all first-time buyers. Under the scheme, the government will boost your savings by a 25% bonus when you put them towards your first house. The minimum you can deposit into your Help to Buy ISA to claim the bonus is £1,600. The maximum bonus available is £3,000 on savings of £12,000. These are the maximum and minimum per person, meaning that where you are buying with your partner you could both save separately to claim a full £6,000.

It is vital you open your Help to Buy ISA account before the 30th November 2019 as after this date they will not be available. Once you have opened your account you may continue to save a maximum of £200 a month until 30th November 2029. You then have until December 2030 to claim your bonus. Although you have the option to deposit up to £1,200 in the first month, you may also open the account before the deadline but wait a few months (even beyond the 30th November 2019) to deposit any cash and maximise savings. We would recommend checking these options with your specific Bank or Building Society.

When it comes to buying your first home all you need to do is close the ISA and ensure you receive the relevant closing letter. On receiving this closing letter we will apply for the Government bonus on your behalf and will put all funds including the bonus towards the purchase of your property. Our experienced team will guide you throughout your move into your dream home and will be happy to claim your Government bonus with no hassle for you.

If you are ready to buy your first home call us now 02891 817715, email property@boydricesolicitors.com or complete our Online Enquiry for a FREE, no-obligation discussion and let us explain how we can help you.

Boyd Rice Solicitors were instructed to act on behalf of Mr L in relation to a personal injury claim.
Our client instructs that he was cycling to participate in the weekend Club Run. He was cycling a road bike and was wearing appropriate safety gear. When en route to meet other Club members the passenger side of a car collided with him. The collision threw him from his bicycle onto the road. Thankfully he was wearing a helmet at the time of the accident, however the force of impact caused injuries and damaged his bicycle and cycling clothing.

Our client was taken by ambulance to Bangor Hospital where he was assessed and subsequently released. He had injuries to his neck, shoulder, elbow and hip. He contacted our office and an appointment was arranged within one week of the accident. Following the appointment an examination was arranged with a Consultant Orthopaedic Surgeon to determine the extent of the injuries sustained. A letter of claim was directed to the at fault driver’s insurer.

Our client’s bicycle was badly damaged and we were instructed to recover the cost of the bike together with the cost of replacement bespoke wheels, helmet, clothing and cleats.

Once medical evidence had been obtained we engaged in constructive discussions with the at fault driver’s insurer and managed to agree settlement on a pre proceedings basis in the sum of £7,326.40. This meant that our client did not need to go to Court. Settlement was achieved on a global basis and encompassed damages for his injuries together with the cost of the bike, add-ons and safety clothing/equipment.

Thankfully given that our client’s injuries were relatively modest in nature when compared to other cycling injury claims that we have dealt with, we managed to resolve matters quickly. Our client received his damages cheque less than 3 and a half months from the date that he first attended our office meaning that he could replace his bike and get back on the road.

Following the successful conclusion of his claim our client commented as follows;
“Neil was very professional throughout my case, answered queries promptly, thanks to him I am back on the road again”

Neil McGranaghan is a specialist cycling accident Solicitor. It is important to receive expert guidance if you have been injured in a cycling accident. We offer a free initial consultation. Please contact Neil by phone on 02891 817715 or by email neil@boydricesolicitors.com.

We are delighted to announce the appointment of Mary Lowry as a Solicitor in the Family and Matrimonial Department. Mary has extensive experience in handling a wide variety of Family Law matters and regularly appears in the High Court and Family Care Centre on behalf of her clients.

In addition, we continue to invest in future members of the legal profession with the second Legal Executive appointment of this year (following on from Emma Coey who joined the Firm at the start of the year). Jack Morrow has joined us from a large regional law firm and will be assisting in the Conveyancing and Litigation Departments.

The appointments will ensure that we continue to provide our clients with a high level of service and will allow for continued growth in the practice areas of Conveyancing, Family and Litigation.

Lastly, we are happy and proud in equal measure to report that Christina McDowell is now a Trainee Solicitor having taken a place at the Institute of Professional Legal Studies. Christina began her formal training in September 2019 and will qualify as a Solicitor in September 2021. We wish her every success during her training.