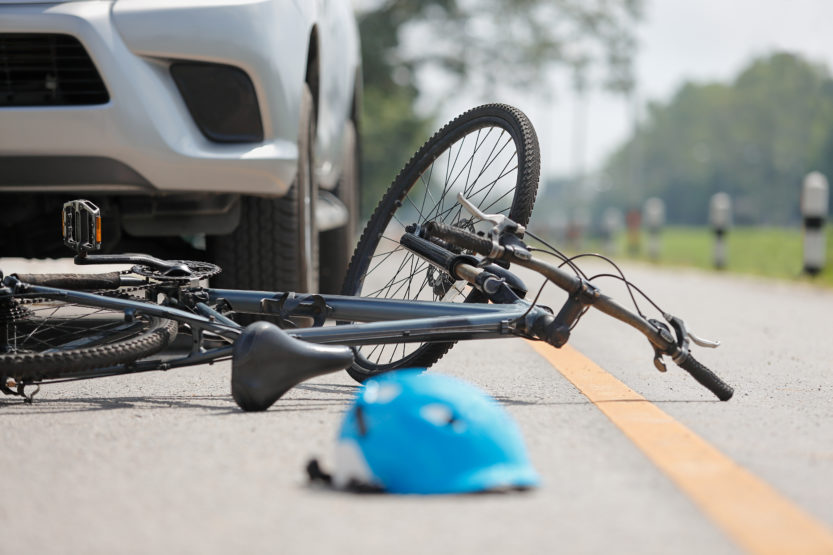 Boyd Rice Solicitors were instructed to act on behalf of Mr G in relation to his injury claim. He sustained serious injuries to his shoulder after coming off his bike when a vehicle pulled out in front of him.

Thankfully he was wearing a helmet at the time of the accident, however the force of impact caused serious injuries damaging his bicycle and cycling clothing. The Police and Ambulance attended the scene. The driver of the vehicle accepted liability to PSNI.

Our client attended Ards Minor Injuries Unit.  He had an x-ray and was referred to the Ulster Hospital for further investigations. He was subsequently diagnosed with an un-displaced fracture of his shoulder, abrasions to his knee, soft tissue injuries to his hand and a musculo-ligamentous sprain of the cervico-thoracic region.

Having been recommended to speak to Neil McGranaghan as he is an expert in cycling cases, our client provided instructions shortly after the accident for Boyd Rice Solicitors to pursue an injury claim on his behalf. We were also instructed to seek compensation for the damaged bicycle and clothing which included a carbon fibre Giant road bike with Campagnolo wheelset together with cycling clothing, helmet and cleats.

Vis a vis early discussions with the at fault insurance company, an interim payment was made in respect of the bicycle, safety equipment and clothing.

Given the severity of the injuries sustained, Court proceedings were issued on our client’s behalf and the case resolved without the need to attend Court.  The case resolved constructively following discussions with the Defendant insurer’s legal team in the sum of £27,000 in respect of the injuries sustained together with our client’s legal costs.

“I initially contacted Neil because he was recommended by a fellow cyclist who had previously used his services, the speed and manner in which my case was dealt with was very impressive. The driver in my case admitted full responsibility at the scene and after 11 weeks off work I was well enough to return to both work and cycling.

I was kept informed at all times as the case developed, my bicycle, wheels and clothing were replaced after only 9 weeks. Other than several visits to hospital for treatments and assessment I had no more dealings in the case.”

I highly recommend Neil for anyone who is ever unfortunate enough to find themselves in similar circumstances, I am more than happy with the compensation.”

Neil McGranaghan is a specialist cycling accident Solicitor. It is important to receive expert guidance if you have been seriously injured in a cycling accident. We offer a free initial consultation. Please contact Neil by phone on 02891 817715 or by email neil@boydricesolicitors.com.

Case arising from a broken streetlight settles for £4,000 plus costs.